After a horrendous year all round, my partner and I decided to take a trip in the South Island with our two Border Collies: Whiskey and Fenris. Currently residing in Auckland, we both miss the open spaces of the South. Hamish was competing in The Five Passes (for any of you cycling junkies, look it up), so we snagged some annual leave either side, loaded the rooftop tent and headed off.

After two days of driving, a late ferry and a stay at the scenic Rarangi DOC campsite, we made it to Craigieburn to check out the mountain biking trails. They did not disappoint! We are at very different levels of biking ability (after breaking my collarbone last year) so it’s not often we find trails we both like. The dogs were allowed on all of the trails, including up Mount Cheeseman. Luckily we had packed their dog booties – Whiskey cut his pads as he was so excited to finally be allowed back on the trails! They have previously been banned from biking with us as Whiskey barks the entire way up and Fen screams when he gets behind. It was a bit of a madhouse so luckily they have grown up a bit. 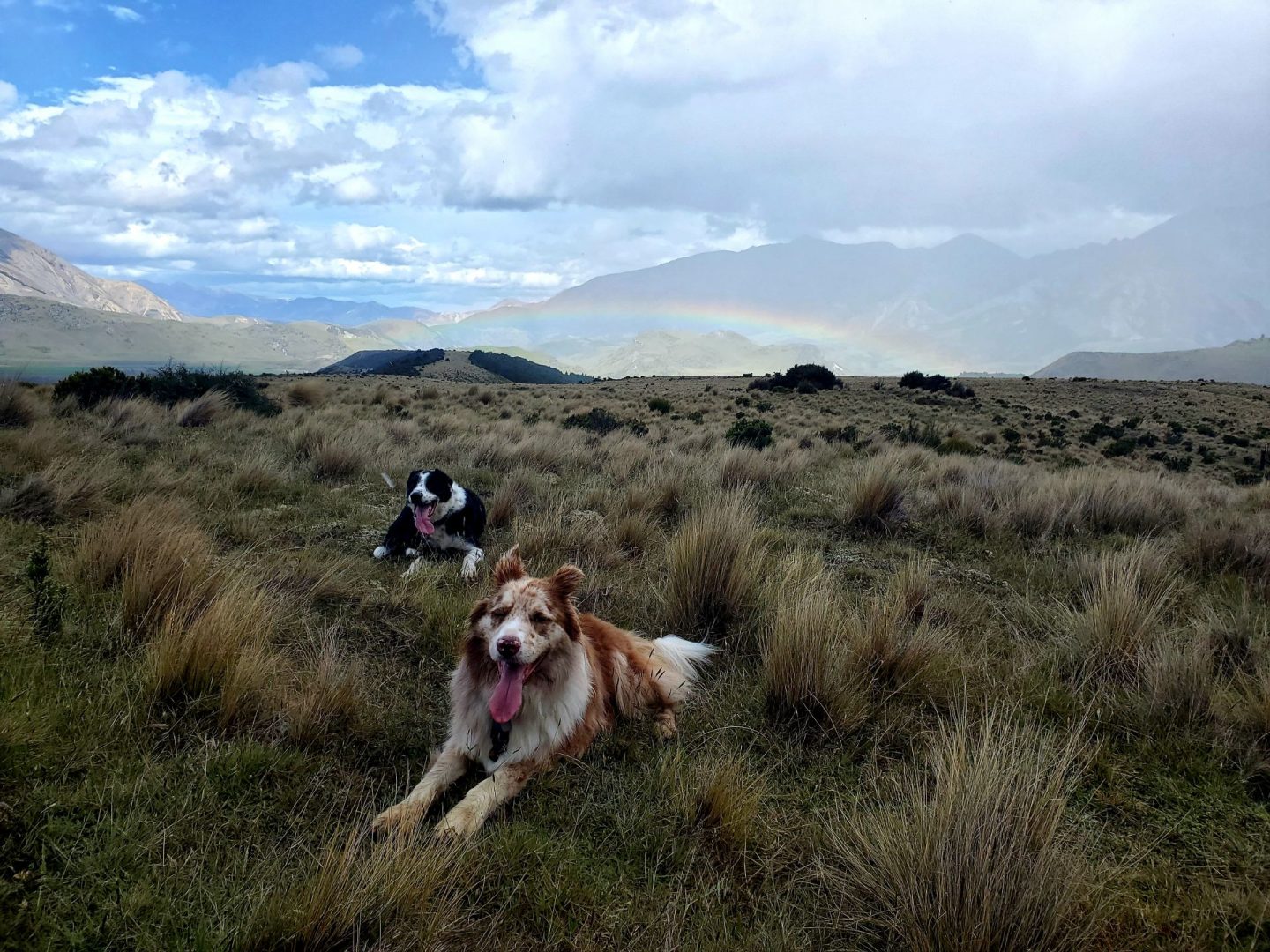 We chose to stay at Mistletoe Flat Campsite in Craigieburn, which was a lovely little spot to base ourselves in for a few nights.

Heading back to Christchurch the day before Hamish’s race, we stay at Godley Head Campsite. This is now one of my favourite DOC campsites! Based in Awaroa looking out to sea, it is on a World War Two dense shelter. Not only can you get your history fix with stunning views, there are also many different day walks where dogs can be taken on leash.

While Hamish set off on his 600km, 4 day bike race, I did the only sensible option and took the dogs hiking. Basing myself at Wooded Gully Campsite (epic, but make sure you bring your mosquito repellent!), I took them up Mount Thomas via the ridge track. While stunning, this track is very steep so not suitable for everyone. The next day we went for a trail run on the Mount Richardson tracks. The first day was hot and clear with dramatic views of Christchurch, the second was eerily foggy. Both were perfect and two very different experiences.

Next up was a hike with friends in Hakatere Conservation Park – we took the Lake Emily track from Stour River carpark to Manuka Hut. This was an 18km track winding through a flat, beautiful gully. The dogs carried their food and a few other light items and got water from the multitude of small river crossings. Being Border Collies, they were in their absolute element – Fen almost caught his first rabbit (‘almost’ being the key word here) and Whiskey rolled in something stinky which he was pretty happy about. I hiked in with a tent to sleep in with the dogs, but at Manuka Hut there appears to be an empty wood storage shelter outside which could be a good option if you tie your dogs outside.

The night was filled with dramatic sun shows on the hills, card games and dog cuddles. The next day we hiked out and headed back to town, which concluded our epic adventure! The dogs were tired for days, but we are all looking forward to our next road trip this summer.

You may also enjoy:

Email
Have you seen
×